← more from
lovitt
Get fresh music recommendations delivered to your inbox every Friday.

by The Mercury Program 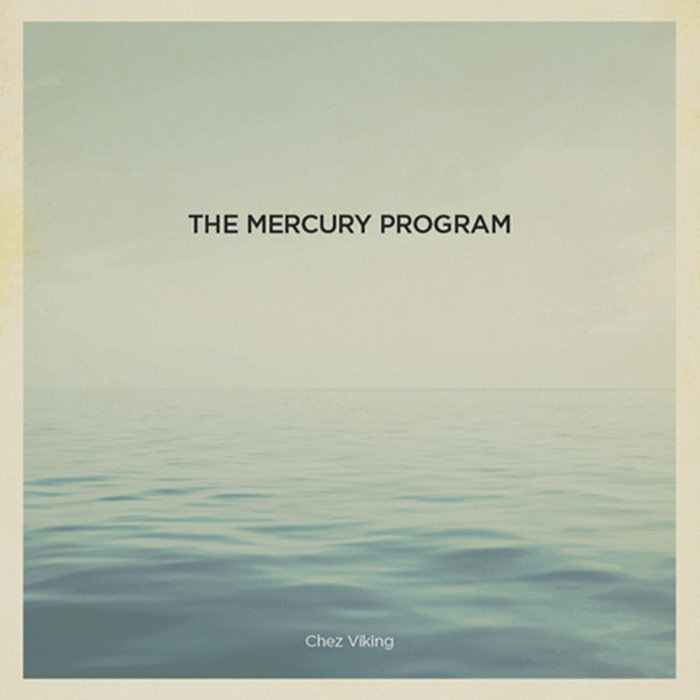 David Duma A group with a distinguished sound marked by stellar drumming and percussion, this might be their finest yet effort in that regard. TMP never outs out a bad album and this one is no exception...how this band isn't mentioned as one of post rock's foremost groups in the genre is beyond me; criminally underrated in my opinion! Favorite track: The Church.

Dr. Beaf I recommend gritting your teeth, pay the extra for shipping just to get the vinyl. When bands are this good it's worth it.

In the Treeeees You just can't go wrong with these guys. Every note is in the right place. This album shows all band members flexing their skills in ways not heard in their previous albums. The same goes for the composition of these songs. They display a new complexity and maturity for TMP. Don't pass on the vinyl. Favorite track: Backseat Blackout.

Justin Wilson The Mercury Program will always be my favorite post rock band. Incredible sense of melody, grooves and the subtle textures – and of course the incredible drums by Dave Lebleu. They're also really nice guys. This is my favorite album from MP, and further inspired me as a musician. Favorite track: Arrived-Departed.

welcomeghosts I rememberone the first songs I ever heard from TMP, the secret to quiet, and just being intrigued by how different it sounded from what I listen to. So I followed them for awhile and then this dropped and blew me away, arrived/departed is my fav :)

A Man Lost In Time

After a lengthy hiatus, Florida's The Mercury Program return to the musical forefront with Chez Viking, a seven-song CD/LP released by the band's new label, Lovitt Records, on Nov 23rd, 2009. Undoubtedly, The Mercury Program have established themselves as one of the most exciting bands who place a premium on intricate song craft and mesmerizing live performance. Formed in the summer of 1997, they have re-emerged with a bracing mix of angular guitars, rhythmic bass lines, jazz-influenced drumming, and ethereal vibraphones.

The Mercury Program first started as a three-piece outfit. Their first show was on New Year's Eve in 1998 at a friend’s party in Chapel Hill. The Mercury Program soon recorded two 7”s with Boxcar Records including a split 7” with Versailles; soon afterwards, the band recorded their debut full-length, also on Boxcar. Critically acclaimed by the likes of print and web media alike, they supported the record with a brief East Coast tour, as well as several regional shows in the Florida area. In late 1999, The Mercury Program agreed to release their next two albums through Tiger Style Records. During this time, the band added an additional member, Whitney Travisano, and turned the trio into a more dynamic quartet. The sound of the band changed dramatically with the addition of a fourth member as keyed instruments such as vibraphones and electric pianos became much more prominent.

After releasing two full-lengths and two EPs from 2000 to 2004, The Mercury Program took a much-needed break from touring, writing, and recording. During this break, the band members spent a significant amount of time dispersed between Florida, New York City and Vermont. With the increased distance and ever increasing personal obligations, the band spent the next several years working on new material in a much more relaxed manner. The result of this composed approach is Chez Viking. The band chose to work with long-time engineer and friend Andy Baker, and mixes were handled by Jeremy Scott at Civil Defense in Brooklyn, with Bob Weston mastering the full-length at Chicago Mastering Service in Chicago. Chez Viking is a twinkling, shimmering album whose strengths of interplay between guitar, vibraphone, and Rhodes are complemented by lockstep rhythm section. It's a fantastic combination that succinctly captures the band's bright intensity, and reveals the benefit of the extended time it took to create. The Mercury Program have reached an advanced point in its development where making intriguing sounds seems effortless, and Chez Viking is the definitive document showcasing that talent.01

Bandcamp Daily  your guide to the world of Bandcamp

Kari Faux drops off her deluxe album 'Lowkey Superstar' plus tunes by Shunaji and Samplelov.